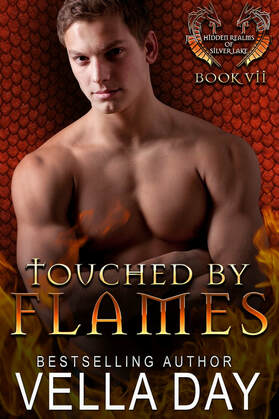 I hope you enjoy the first three chapters!

Infected with dark magic, this white lighter has to fight for her life.

After being held captive for five months, Danita Warren still has evil blooming inside her—and that scares her more than being in prison. Once she is rescued, Griffin Caspian, the most amazingly kind, protective, and super hot dragon shifter decides he wants to protect her. How lucky could she get? The man is hot. The problem? She doesn’t want to drag him down the same dark path.

From the moment Griffin meets Danita, he pledges to devote his life to helping her. Sure, she’s his mate, but until she’s ready to commit, they can’t be together.

Confused as to how to win her heart, he decides that if he can find her missing cousin, she just might want to be with him. And if he can’t? He could be doomed forever.

I hope you enjoyed the section. Click here to see the BUY links.