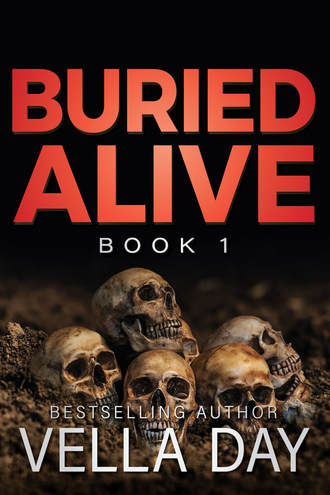 Four skeletons in a mass grave. Who will be next?
Loner homicide detective, Hunter Markum, tries to remain detached when he sees the pile of bones, but something inside him snaps. His missing sister could be one of them. His only hope of learning their identities is to team up with Dr. Kerry Herlihy, a forensic anthropologist. As much as he works to keep his distance, something about her compassion strikes a chord with him.

As the attraction ignites between them, their quest to find the killer soon reveals the identities of the victims. But that puts Kerry right in the path of the killer. In a race against the clock, Hunter must apprehend the murderer if he hopes to save the woman he loves once she's BURIED ALIVE.