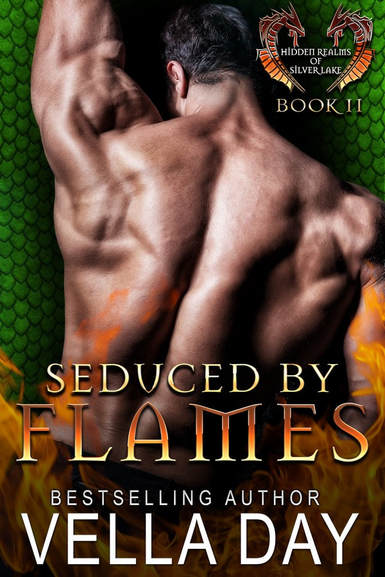 A dragon shifter miner, a human mining inspector, and one shut down mine. What can go wrong?

If it weren’t for bad luck, safety expert, Nessa Caspian, wouldn’t have any luck at all. Two accidents one month apart killed her assistant and injured another employee. Just when Nessa thinks things can’t get worse, an explosion traps her in the mine. Really? If she hadn’t been a dragon shifter, capable of clawing her way out, she’d be dead too!

When she learns the mining inspector, Kyle Harper, has to shut down her family’s mine because of all the safety issues, she’s livid—that is until she realizes the super hot man is her future mate. Well crap. Now what is she supposed to do? Bite him?

Kyle hates dragon shifters. After all, one nearly killed his sister. When he meets the highly tantalizing and intelligent Nessa though, all his preconceived notions fly out the window. Part of him wants to ravish her and the other part wants to keep her at arm’s length.

Only when danger strikes close to home do the two adversaries realize that if they don’t work together, it could be fatal for both of them.