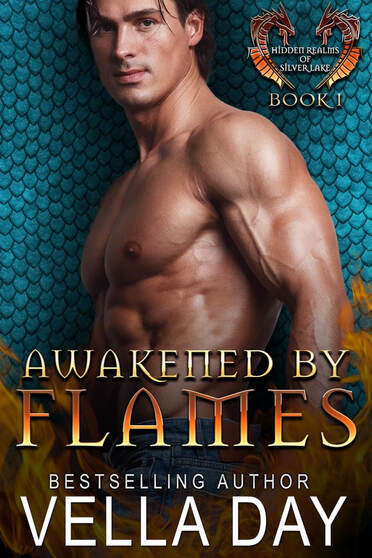 The only thing between this werewolf and his destined mate is a portal to a different world.

It's crazy. Finn McKinnon knows dreams can't be real. So why does his wolf shifter side have the overwhelming urge to step through a portal into a mysterious new realm? Is Kaleena Sinclair his mate or just a figment of his overactive imagination?

For years, Kaleena has known that Fate has designated the deliciously hot man from Earth as hers, but she can't reveal she's a dragon shifter—at least not yet. Dream-walking has been her only connection to him, but damn, Finn still thinks she doesn't exist. So what's a girl to do -- especially when Finn is her sole chance at survival?
​
Before he knows it, Finn is thrust into a dangerous journey—a journey so unique and sensual that the life he's known ceases to exist. The clock is ticking, and Finn must survive impossible odds if he is to save his future mate. But how in the world can they fulfill their destiny as fated mates if some ruthless force is hell-bent on keeping them apart?