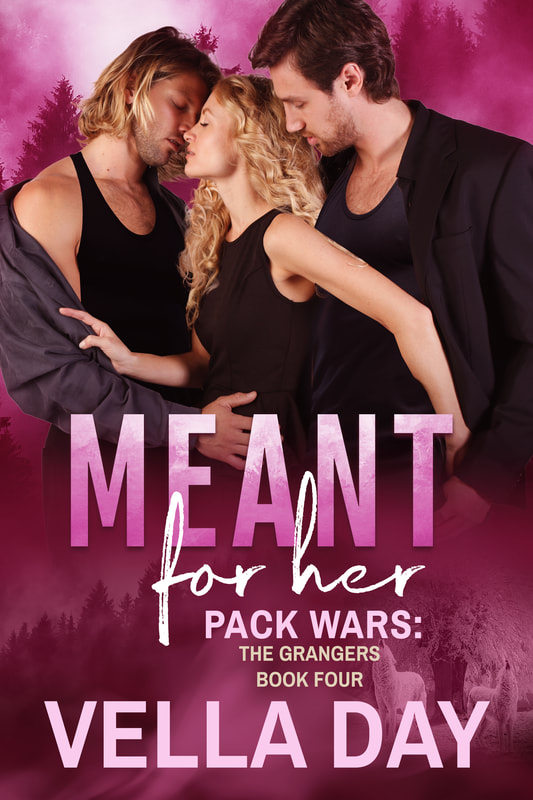 ​The Granger family saga continues in this battle of wits where everlasting romance is the prize.

Luke and Ryan Lattimore can't believe their eyes when they rouse after a vicious attack that leaves them near death. The most beautiful and intriguing woman is tending to their wounds. Luke's heart fires rapidly, his teeth sharpen, and his facial hair has thickened alongside his jawline. What does it mean? His inner wolf has finally met his mate!

His brother, Ryan, telepaths she is the one for him, too, but both know neither can pursue her. Considering the stakes, it's too dangerous. They must keep their woman at arm's length for her own safety.

The moment Malia Granger gives aid to two men, her body explodes with need and desire. She doesn’t know who they were, nor does she care. They are meant for her. Unfortunately, her family all but demands that she keep her distance. No real reason, and no explanation other than the Lattimore brothers will bring her heartache.

Malia isn't one to sit on the sidelines, and she's learned that the only way to obtain happiness in life is to take it. These two men are her mates, and no one is going to stand in the way of their future...not even them.