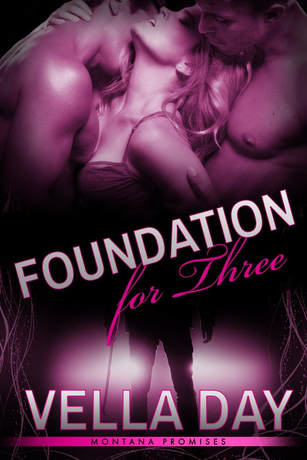 When feisty, confident psychologist, Zoey Donovan, returns from work dazed from being accosted by a madman in the hospital corridor, she finds solace in the understanding nature of Pete Banks, the sexy and brooding owner of the construction company heading up the remodel on her house. As Zoey unloads her worry and fear on Pete, he's torn between his sympathy and attraction to Zoey and his loyalty to his roommate, Thad Dalton, who took a bullet for her. Knowing Thad, a detective, would do anything to save a civilian, Pete stays and comforts her.

But when the three are reunited at a social event, sparks fly between the three of them, and Zoey finds herself wanting both of them for much more than a platonic relationship. She wants them for everything she yearns for. But can they build a foundation for three or will they find that three's a crowd? ​