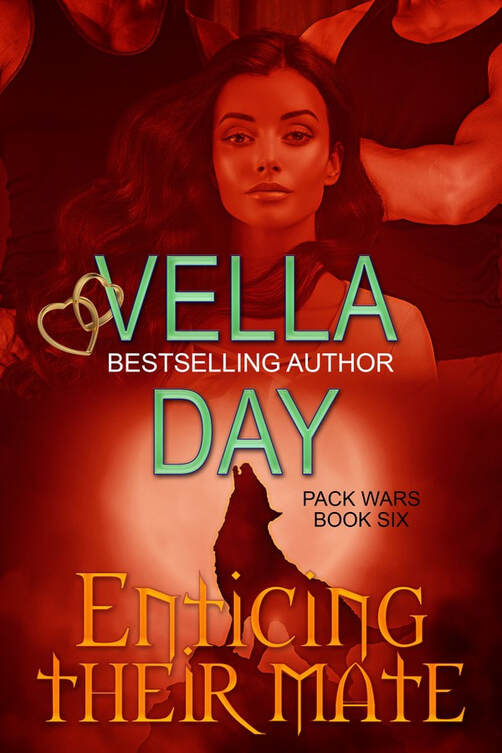 FBI operative, Sarah Osmond, has a job to do—help save ten captive women from the evil Colter leader, Paul Statler. When General Armand sends in Jay Wagner and Riley Bishop to help, she’s undeniably drawn to both men, but she won’t let lust compromise her mission. Having hot, passionate sex with them is one thing, but falling for them is another.

Having grown up in foster care, Riley doesn’t trust many people, but when he meets Sarah he denies she’s his mate until the intense werewolf mating call draws him in and threatens to ruin everything.

Jay Wagner, who used to work undercover at Statler’s firm, is frustrated because he has to keep his distance from the action—and from Sarah, who is also his mate. Not only is he determined to bring down the hated man, he must convince Riley and Sarah they need to succumb to their desires in order for the three of them to be together forever.

The only roadblock? Statler has other plans for her.